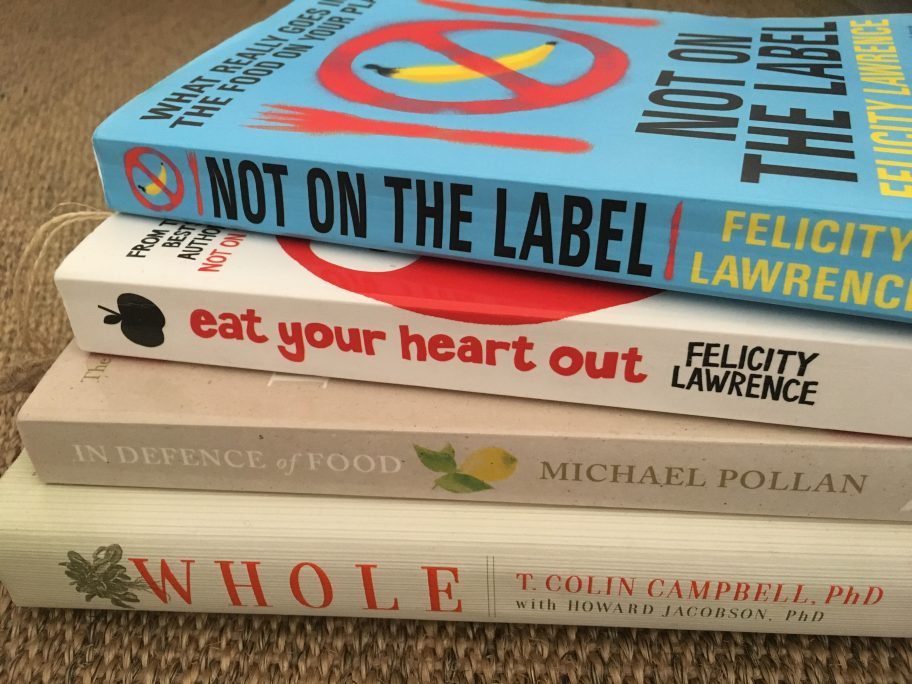 Whole: Rethinking the Science of Nutrition

What happens when you eat an apple? The answer is vastly more complex than you imagine.
Every apple contains thousands of antioxidants whose names, beyond a few like vitamin C, are unfamiliar to us, and each of these powerful chemicals has the potential to play an important role in supporting our health. They impact thousands upon thousands of metabolic reactions inside the human body. But calculating the specific influence of each of these chemicals isn’t nearly sufficient to explain the effect of the apple as a whole. Because almost every chemical can affect every other chemical, there is an almost infinite number of possible biological consequences. And that’s just from an apple. Nutritional science, long stuck in a reductionist mindset, is at the cusp of a revolution. The traditional “gold standard” of nutrition research has been to study one chemical at a time in an attempt to determine its particular impact on the human body. These sorts of studies are helpful to food companies trying to prove there is a chemical in milk or pre-packaged dinners that is “good” for us, but they provide little insight into the complexity of what actually happens in our bodies or how those chemicals contribute to our health.

In The China Study, T. Colin Campbell (alongside his son, Thomas M. Campbell) revolutionized the way we think about our food with the evidence that a whole food, plant-based diet is the healthiest way to eat. Now, in Whole, he explains the science behind that evidence, the ways our current scientific paradigm ignores the fascinating complexity of the human body, and why, if we have such overwhelming evidence that everything we think we know about nutrition is wrong, our eating habits haven’t changed.
Whole is an eye-opening, paradigm-changing journey through cutting-edge thinking on nutrition, a scientific tour de force with powerful implications for our health and for our world.

In Defence of Food: The Myth of Nutrition and the Pleasures of Eating

This book is a celebration of food. By food, Michael Pollan means real, proper, simple food – not the kind that comes in a packet, or has lists of unpronounceable ingredients, or that makes nutritional claims about how healthy it is. More like the kind of food your great-grandmother would recognize.

In Defence of Food is a simple invitation to junk the science, ditch the diet and instead rediscover the joys of eating well. By following a few pieces of advice (Eat at a table – a desk doesn’t count. Don’t buy food where you’d buy your petrol!), you will enrich your life and your palate, and enlarge your sense of what it means to be healthy and happy.

It’s time to fall in love with food again.

Eat Your Heart Out: Who Really Decided What Ends Up On Your Plate

Why is it… That almost all the processed foods we eat contain the same handful of ingredients? That these handful of ingredients are produced by only a handful of multi-nationals? That some cereals contain more salt per serving than a packet of crisps? That served with milk, sugar and raisins, some cardboard packets have been said to be more nutritious than the cereal they contain? That there are half the number of dairy farms in the UK than there were 10 years ago? That over the same period the turnover of the top 20 global dairy corporations has increased by 60%? That over 60% of all processed foods in Britain contain soya? That the UK government’s Committee on the Toxicity of Food judged that eating soya could have hormone-disrupting effects? That in 1970, a hundred grams of an average chicken contained less than 9 grams of fat, but today it contains nearly 23 grams of fat? That the amount of protein in that chicken has fallen by more than 30%? That children aged 4-14 in the UK get 16-17% of their daily calories from processed sugars? That the World Health Organisation’s recommended limit is 10%? That industrialised farming uses 50 times more energy than traditional farming? That livestock farming creates greater carbon emissions than all of global transport put together? That some salmon farmers dye their fish? That sugar could be as bad for you as tobacco? That you might have been better off eating butter rather than margarine all along? That industrial processing removes much of the nutritional value of the food it produces? That by changing our diets we could reduce cancers by a third? That corporations are shaping our bodies, our minds and the future of the planet? Eat Your Heart Out explains how big business took control of what we eat – and why so few of us even noticed. Crossing the globe in search of agribusiness’s darkest secrets, Felicity Lawrence uncovers some startling facts and stomach-churning figures. Essential reading for anyone who cares about their health and our planet.

Not On the Label: What Really Goes into the Food on Your Plate

In 2004 Felicity Lawrence published her ground-breaking book, Not on the Label, where, in a series of undercover investigations she provided a shocking account of what really goes into the food we eat. She discovered why beef waste ends up in chicken, why a single lettuce might be sprayed six times with chemicals before it ends up in our salad, why bread is full of water. And she showed how obesity, the appalling conditions of migrant workers, ravaged fields in Europe and the supermarket on our high street are all intimately connected. Her discoveries would change the way we thought about the UK food industry for ever.

What if you could focus on one aspect of your well-being to transform all the others—and at the same time prevent health problems you didn’t even know lurk beneath the surface? In today’s world, we have no idea how many symptoms, conditions, and diseases are rooted in an overloaded liver. It’s not only about liver cancer, cirrhosis, and hepatitis.

Nearly every challenge, from pesky general health complaints to digestive issues to emotional struggles to weight gain to high blood pressure to heart problems to brain fog to skin conditions to autoimmune and other chronic illnesses, has an origin in an overloaded liver and can improve and heal when you harness the force of this humble organ.

Empowering readers to become their own thyroid experts, Anthony explains in detail what the source problem really is and provides a life-changing toolkit and 90-day plan to rescue the thyroid and bring readers back to health and vitality.

Anthony also reveals the five great mistakes holding you and your loved ones back from healing, including the still undiscovered truth about autoimmune disease and inflammation.

It’s an approach unlike any other, and as his millions of fans and followers will tell you, it’s the approach that gets results. Includes photos and recipes.

Life-Changing Foods delves deep into the healing powers of over 50 foods fruits, vegetables, herbs and spices, and wild foods explaining each foods properties, the symptoms and conditions it can help relieve or heal, and the emotional and spiritual benefits it brings.

I also arm you with the truth about some of the most misunderstood topics in health: fertility; inflammation and autoimmune disorders; the brain-gut connection; foods, fads, and trends that can harm our well-being; how angels play a role in our survival, and much more.

If you were ill and doctors couldn’t help you, would you have 20 years to wait before medical science discovered the true cause of your suffering and the way to get better?

What would it be worth if someone could help you recover and heal right now?

This is the story of one woman (Janette Murray-Wakelin) who could be any woman: she could be you or your wife or your sister or your mother. She is given one diagnosis, one choice – until the realisation sinks in: there are other options, and unlimited potential. At 52 she feels there is a lot in her life to be thankful for: her loving husband and family, her beautiful grandson her good health, until…overnight all this changes. A lump in her breast is diagnosed as an aggressive form of breast cancer and she is given six months to live. After the initial shock, she questions the logic of the choices the medical profession is offering her and decides to take matters into her own hands. She makes changes to her lifestyle that lead to her being completely ‘cured’. Raw Can Cure Cancer is about how one woman’s raw courage battled cancer. It is a highly thought provoking, inspirational story, revealing the recipe for life and living, and encouraging us to make choices born of a simple conscious thought.

Running Out Of Time

In 2001, Janette Murray-Wakelin was diagnosed with a highly aggressive carcinoma breast cancer and given six months to get her affairs in order. Unwilling to accept this sentence, Janette made changes to her lifestyle. Within six months she was given a clean bill of health. To inspire and motivate conscious lifestyle choices, to promote kindness and compassion for all living beings and to raise environmental awareness for a sustainable future, veteran raw vegan runners Janette Murray-Wakelin and Alan Murray ran around Australia, 15,782km, 366 marathons each in 366 days. On January 1, 2014, as they ran their 366th marathon, they set a new World Record for the most consecutive marathons, as the oldest and only couple to run around Australia, fuelled entirely on fruit and vegetables and wearing ‘barefoot shoes’.